Women’s Spaces Radio Show with host Elaine B. Holtz and guests Dr.Donald Pierce on the upcoming North Bay Science Discovery Day and Madeleine Keegan O’Connell on the YWCA Domestic Abuse Hotline and Care for Sonoma County,  recorded on 10/15/18, has been uploaded to the web archives. The show was recorded, broadcast and streamed over Radio KBBF 89.1 FM in the NorthBay on Monday 10/15/18 and repeat broadcast and streamed over Radio KPCA 103.3 FM in Petaluma on Tuesday 10/16/18.

1. Dr. Donald Pierce co-founded the North Bay Science Discovery Day which is coming up on Saturday Oct. 27 a free all-day event happening at the Sonoma County Fair Grounds. The annual event offers hands-on activities for kids and teenagers to learn about how Science, Mathematics, Technology and Engineering help us understand and succeed in our world. All volunteers,sponsors and fascnating exhibitors make this free event possible. Check the website to see how you can get involved.

About our Guest: Dr. Donald Pierce is a Founding team member  of the North Bay Science Discovery Day and a Volunteer Physician with Rotacare, a free clinic Rotary club sponsored night clinic at Kaiser 3rd St offices in Santa Rosa. He is also a Volunteer coordinator for the Buck Institute for Aging Research and the Grandfather with 8 Grandchildren.

2. Madeleine Keegan O’Connell describes the start of YWCA in Sonoma County in 1975 with noticing women and children sleeping in cars and discovering the cause to be domestic abuse and even violence. The need for a chapter of YWCA was recognized and the national YWCA agreed.  YWCA provides a 24 hour confidential hotline at (707) 546-1234 and care for domestic abuse victims, including a safe-house in the area. October is Domestic Abuse Awareness month. Madeleine announces the screening premier of the film Power & Control : Domestic Violence in America at Summerfield Cinemas in Santa Rosa on October 25th. See the YWCASC website for other events and activities.

About our Guest: Madeleine Keegan O’Connell has been the Chief Executive Officer of the YWCA in Sonoma County since 2012. The YWCA has been the county’s domestic violence service provider since 1975. She brings to her team a unique for-profit business 28-year career in the marketing and public relations arena of community banking which spans two coasts. She has made it her personal mission to raise awareness of YWCA’s work in the local community utilizing all her media skills. Madeleine has been recognized by the North Bay Business Journal’s “Nonprofit Leadership Award” in 2016 as well as a “2017 Women in Business” Award. Her name appears on the Press Democrat’s list of “30 Women You Should Know in Sonoma County” and she has been honored by a “Special Certificate of Congressional Recognition” by Congressmen Mike Thompson and Jared Huffman for her work with YWCA Sonoma County. A graduate of the University of San Francisco holds a Bachelor’s Degree in Organizational Behavior. Madeleine and her husband, Kevin, reside in Santa Rosa along with their boys, Johnny, age 8 and Nicholas, age 6. Challenged with a diagnosis of Stage Two breast cancer in 2014, Madeleine reminds each of us that there was a 20% chance of the lump she found being malignant, which it was – contrasted to the national and local statistic that one in four families will be affected by domestic violence – that’s 25% of the people we all know.

Monday, October 22, 2018 at 7:15 PM – 9 PM, Praxis Peace Institute presents Ellen Brown, an internationally known expert on Public Banking and money. She is the author of “Web of Debt” and “The Public Banking Solution.” Also presented is Gar Alperovitz, a political economist and historian. He is the author of “What Then Must We Do: Ten Way To Democratize the Economy, “America Beyond Capitalism,” and several others.
Sonoma Community Center, 276 E. Napa St., Sonoma 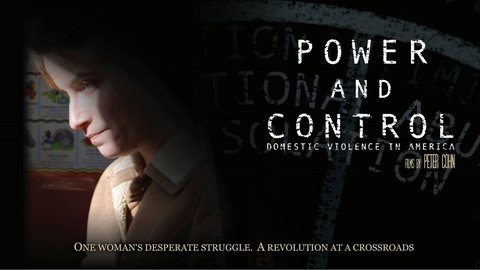 Women’s Spaces Radio Show with host Elaine B. Holtz and guests Regina Brennan on the 2018 Youth Summit and Mara Ventura and Maria Guadalupe Garcia on North Bay Jobs With Justice, recorded on 9/17/18, has been uploaded to the web archives. The show was recorded, broadcast and streamed over Radio KBBF 89.1 FM in the NorthBay on Monday 9/17/18 and repeat broadcast and streamed over Radio KPCA 103.3 FM in Petaluma on Tuesday 9/18/18.

1. Regina Brennan shares her concern for preparing youth for a sustainable future and her path to helping form the Sonoma County Black Forum, the co-sponsor of the 2018 Youth Summit with the Sonoma State University Black Student Union this coming Saturday September 22. The all day event is free for youth of grades 9 -12 and their parents.  There will be workshops given for youth on coding, financial literacy, college and careers and also a workshop for parents. The Youth Summit was inspired by such annual summits at Stanford University, and it gives youth some glimpses into careers that encourage them to work for that goal and where to look for resources to support that mission.

About our Guest:  Regina Brennan decided to retire from the Santa Rosa City School District in 2017 after nearly 30 years as a classroom teacher. Her teaching career began at George Washington Middle School in Long Beach CA where she was Teacher of the Year in1993 and ended at Santa Rosa High School where for 18 years she taught a variety of World History classes. Retirement means developing her small gardening business, learning Spanish, spending more time with her family, and trying to stay relevant during uncertain times. She, along with a small group of educators and activists created the Sonoma County Black Forum.

2.  Mara Ventura and 3. Maria Guadalupe Garcia talk of the need of their chapter North Bay Jobs With Justice, one of 52. of the national labor organization Jobs With Justice., that was founded 31 years ago. Mara and Maria also share their path into labor activism. They explain how jobs with just and safe working conditions and just  compensation are needed for a healthy work and family life. They also talk about Workers Rights Boards being set up in various localities and how it is a more just alternative for labor to the National Labor Relations Board (NLRB).

About our Guest:  Mara Ventura is the Director of North Bay Jobs with Justice, a local workers rights and immigrant rights organization. She’s been a student organizer for 4 years throughout Oregon and Washington, a labor union organizer for 6 years throughout the country, and has been organizing here with North Bay Jobs with Justice since January of 2017.

About our Guest: Maria Guadalupe Garcia is the Lead Organizer of North Bay Jobs With Justice. . Maria previously worked with the California Faculty Association on a statewide campaign called Students for a Quality Education, where students and faculty together are fighting for a free, accessible and quality education at all the California State Universities. Maria began as the Lead Organizer for North Bay Jobs With Justice after helping Sacramento put Rent Control on the ballot, this past Spring.