Women’s Space Radio Show with our guests Mary Watts on this Saturday’s Biennial Election of Assembly District Delegates to the CA Democratic State Central Committee and Leslie Graves on planning the January 19th Women’s March in Santa Rosa, recorded on 1/7/19, has been uploaded to the web archives. The show was recorded, broadcast and streamed over Radio KBBF 89.1 FM in the NorthBay on Monday 1/7/19 and repeat broadcast and streamed over Radio KPCA 103.3 FM in Petaluma on Wednesday 1/9/19.

The Recording of the show is archived at   http://www.womensspaces.com/ArchiveWSKBBF/WSA190107.html

1. Mary Watts talks about where she gets her passion for politics.  Mary describes for us a bit of the Democratic Party process to elect Assembly District (AD) Delegates to the Democratic State Central Committee (DSCC) every two years, since the biennial meeting is scheduled this Saturday morning in Santa Rosa at the Odd Fellows Hall for registered Democrats to vote for the delegates, of which half of the 14 delegates are to be self-identified females. After a breakfast  the voting begins at 11 AM.  According tot the Party website, “AD Delegates to the Democratic State Central Committee (DSCC) are responsible for planning and attending informational meetings throughout the region and working with other DSCC delegates throughout California to represent their community.”

About our Guest: Mary Watts recently ran  for Santa Rosa City Council in the first election by districts in the city history. Though she was unsuccessful in her bid for the Council seat, she continues her community work as Deputy Director for the Community Action Partnership (CAP) in the county of Sonoma.  She is a candidate to be a Democratic Party Assembly District Delegate and Executive Board to the Democratic State Central Committee (DSCC) of California.

2.  Leslie Graves talks about the planning of the 2019 Women’s March on Saturday January 19 and the graciousness of the 3rd Street Cinema in Santa Rosa to give a special free viewing of the film Women’s March this Thursday, January 10, at 06:00 pm to 07:30 pm.  In spite of upsets at the big march in New York, the Santa Rosa march is continuing with broad representation of our community in the line-up of speakers at the rally beginning at 10 AM in the Old Courthouse Square, followed by the march at noon..

About our Guest: Leslie Graves  got her first taste of coordinating local events while with the Sonoma County Family YMCA when she took a role of planning the Harvest Fair 10K/3K Run in 1996 and then moved onto managing events at other non-profits and corporate retailers in the field of Marketing. Currently she has been the Market and Event Manager for the Wednesday Night Market in Downtown Santa Rosa since coming on board in 2016. Mixing a background of Health/Fitness, Marketing and Community Development, Leslie is always up for helping to make a positive impact by bringing people together to celebrate community. In her spare time she adds her voice to a bevy of local events as the emcee around Sonoma County. She is presently coordinator for the upcoming Women’s March on January 19th. 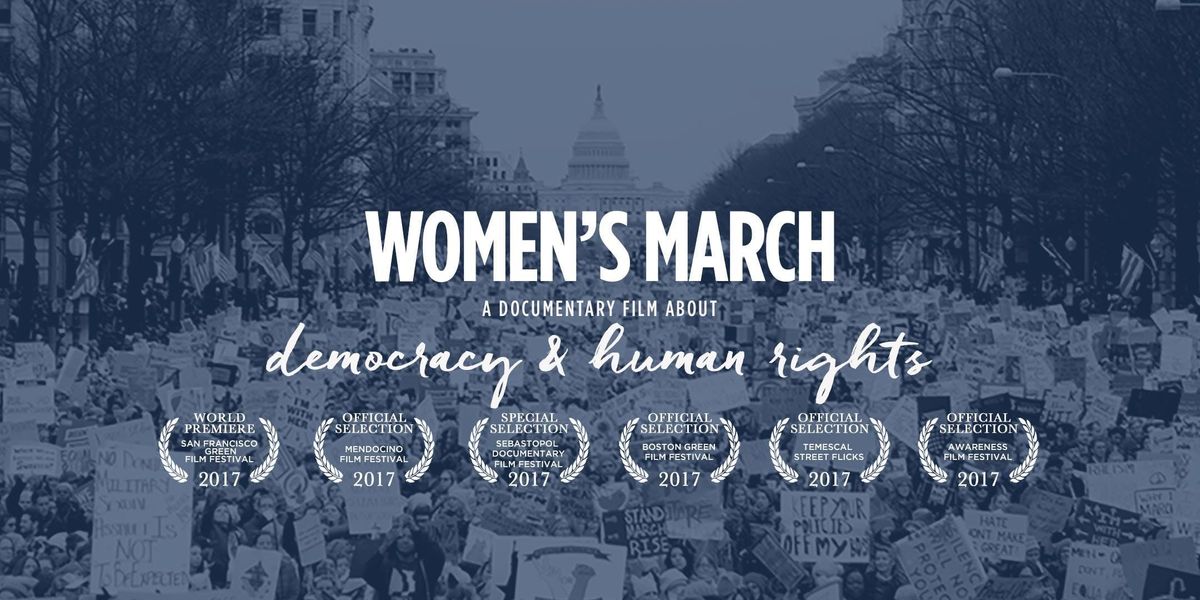 Alix Dobkin: The Woman in Your Life is You by Alix Dobkin from the album Living with Lavender Jane (Women’s Wax Works) – www.alixdobkin.com